First thing's first... thanks to whomever voted on the poll I posted last week. According to my research (LOL), it looks like Lauren has the best style of all the MTV reality series' actresses. (Yes, I called them actresses) Eh... I guess thats true... she has a mix of everything. For awhile, I thought Whitney had it best, but then she went too extreme for me to be different. Olivia always has a clean and polished look, but it could be a bit much. Audrina's grungy style is cute too, but only to an extent. Okay... Lauren it is! LOVE her!

So on Friday, somehow, I convinced 15 people to come with me to The Reef! It was so last minute, but I'm so glad they all came. Dinner and getting ready at my place first and then we headed out. My costume cost about $3 while Sam's cost $12. What can I say? We're cheap people! I was a lame ol' butterfly... Reading Rainbow's butterfly, to be exact! Sam was... the Joker... WHY SO SERIOUS? Hahaha... he was so ugly, I loved it! FUN times with good friends... what more can I ask for? Oh... the party at The Reef was fun, but it smelled so bad (with the exception of the top deck). I understand that the costumes can make you sweat, but damnnnnn!!! 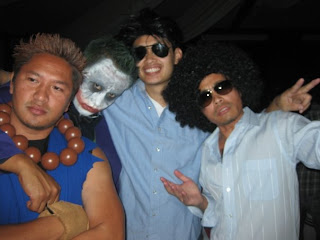 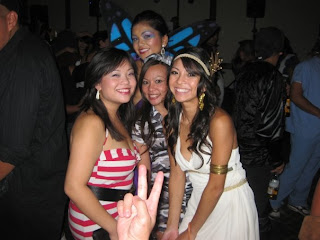 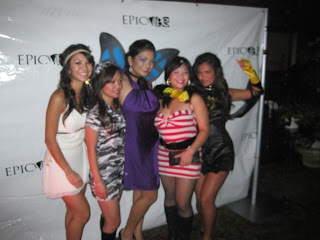 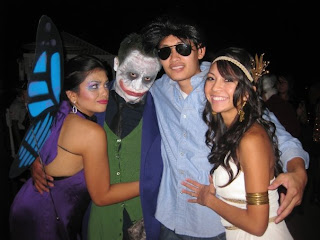 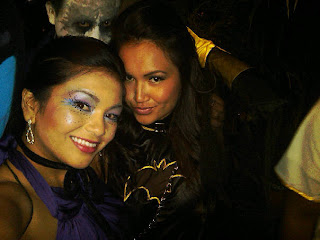 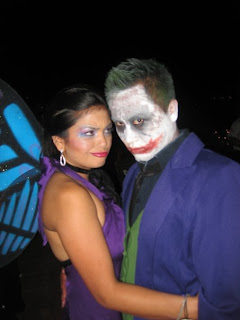 (Sam got a wig, but it was gross so he didn't wear it and colored his hair instead)

Saturday morning, we decided to go over to Mikal and Paline's place for their annual Halloween party. Then... I learned that I could get Clippers' tickets for $1 each, and so I did! I know that the Clippers aren't the Lakers, but I've never been to the Staples Center and I really wanted to go. And how often would I be offered tickets for $1 each? Come on, dude! SO... we went over to the Lok's... ate some YUMMY food and hung out with their family for a bit. The food was so good and I almost changed my mind about leaving because it was THAT good. Mmmmm... wish I would have ate more, but I already gained literally 3 pounds that day. No joke! I'm still thinking about that dessert though... yummy! Took some pictures and made some cool glow in the dark glasses! HAHA... they were so cool! 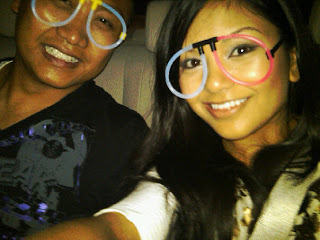 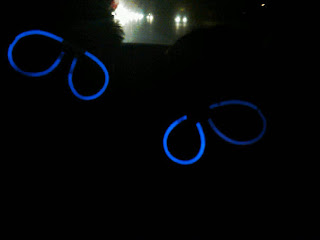 Then, Lily, Durand, Sam, and I left for the Staples Center. The game was pretty intense at first... such a close game until the last half of the 4th quarter. This is exactly why I shouldn't go to sporting events because it stresses me out and I usually lose my voice from yelling out to the team and my hands hurt from clapping and cheering for them. Ugh. I don't even like either of the teams (don't care for them), but I was rooting for the Clippers because the Mavs had just beat the Lakers and it would be cool for the Clippers to beat a team that defeated the Lakers. LOL... I love pissing people (Lakers' fans) off. I'm horrible. Then... we went over to Dany's house and it was great to finally meet her after all these years. Of course, more yummy food!! No wonder I gained so much weight in one day!

Sunday... woke up for Sam's basketball game. I think their team would have won if it wasn't for the technical whatevers where the other team earned points because they didn't match in uniform. LAME. Glad Sam got to play again though... he really missed it, I can tell.

Then, we made our way to find some hearty Korean BBQ. Good meal after a game, according to Sam. I'm gonna have to agree and this will be my reason to make it to all of Sam's games... Korean BBQ after the game. HA!

Went dress hunting at the mall and my fat ass helped myself to some Gelato! LOL... wtf is wrong with me? Rented a movie on our way home... cleaned up the place (thank goodness), made dinner, then made it a movie night. Great night and was able to knock out in food coma. What a great feeling! Having an extra hour to stay in bed was wonderful... I love being lazy!

My friends Jenn and Joe are gonna come up for my birthday next month... YAY!! I'm so excited! Sam and I are heading up to WA this weekend for my family reunion and what do you know? It happens to be Jenn's bday too! What a coincidence! I'm so excited!


I'd love to hear from you... seriously!
thydsterz@gmail.com